It is always being emphasized how it is important to get eight hours of sleep. Most people are running a rat race when it comes to sleep. It seems there is nobody doing right since too much sleep is also harmful.

Sleep is essential for a person’s health and wellbeing, according to the National Sleep Foundation (NSF). Yet millions of people do not get enough sleep and many suffer from lack of sleep. For example, surveys conducted by the NSF (1999-2004) reveal that at least 40 million Americans suffer from over 70 different sleep disorders and 60 percent of adults report having sleep problems a few nights a week or more. Most of those with these problems go undiagnosed and untreated. In addition, more than 40 percent of adults experience daytime sleepiness severe enough to interfere with their daily activities at least a few days each month – with 20 percent reporting problem sleepiness a few days a week or more. Furthermore, 69 percent of children experience one or more sleep problems a few nights or more during a week.

Too much sleep is a risk factor for dying early. It is also a sign of an underlying health problem that has not been dealt with and the same problem could bring about death.

However, research carried out over the past 10 years appears to show that adults who usually sleep for less than six hours or more than eight, are at risk of dying earlier than those sleep for between six and eight hours.

To put it more scientifically, there is a gradual increase in mortality risk for those who fall outside the six-to-eight-hour band.

Prof Franco Cappuccio, professor of cardiovascular medicine and epidemiology at the University of Warwick, has analyzed 16 studies, in which overall more than a million people were asked about their sleeping habits and then followed up over time.

Cappuccio was aware of the possibility that people sleeping too long might be depressed, or might be using sleeping pills. He corrected for this, though, and found the association was still there. 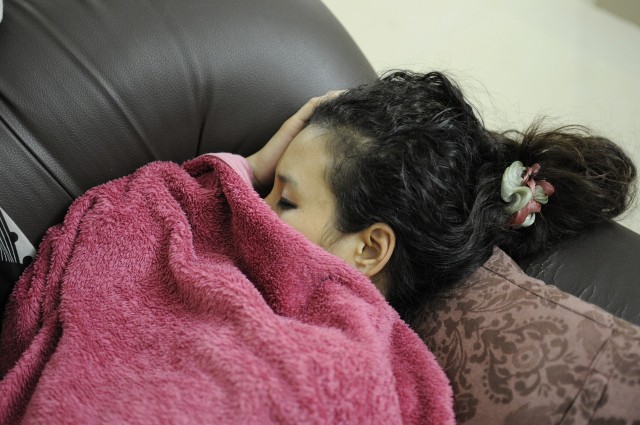 His own theory is that people who sleep for more than eight hours sometimes have an underlying health problem that is not yet showing in other symptoms.

So, it’s not the long sleep that is causing the increased mortality risk, it’s the hidden illness.

There are physical side effects of too much sleep. You can check them out and see how you can change your sleep behaviors so as to have good quality sleep.

Headaches. For some people prone to headaches, sleeping longer than usual on a weekend or vacation can cause head pain. Researchers believe this is due to the effect oversleeping has on certain neurotransmitters in the brain, including serotonin. People who sleep too much during the day and disrupt their nighttime sleep may also find themselves suffering from headaches in the morning.

Back pain. There was a time when doctors told people suffering from back pain to head straight to bed. But those days are long gone. You may not even need to curtail your regular exercise program when you are experiencing back pain. Check with your doctor. Doctors now realize the health benefits of maintaining a certain level of activity. And they recommend against sleeping more than usual, when possible.